Effects of Suicide on Family: What Happens After? 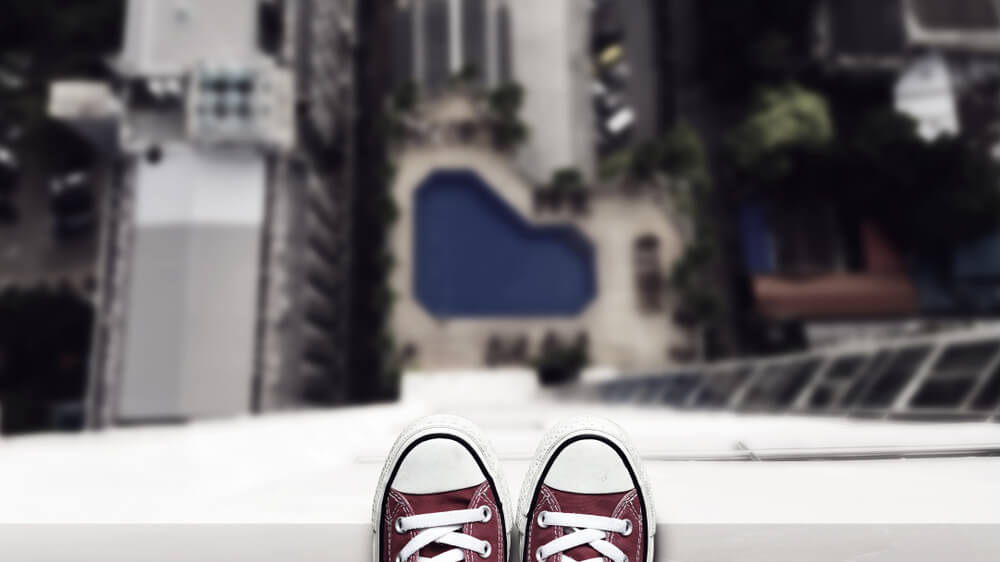 The effects of a suicide on family members

Over one million people die by suicide worldwide each year. It’s a rather devastating statistic, and on top of that, on average, one person dies by suicide every 40 seconds somewhere in the world. It means that with each minute that passes, one person commits suicide.

As you can assume, suicide is quite a traumatic experience for everyone involved, especially for the family of the deceased. The impact of suicide on the family as a whole can be incredibly devastating, and it’s more often than not, one of the reasons behind a family’s decline into depression, fights, and unrest.

Many people wonder what happens after suicide and how does everything get handled in a painless and effective way. If you’re among those people, then this particular article may be of help as it is designed to bring these situations closer to you and familiarize you with how these things are being handled all over the world by experienced professionals.

As mentioned, many people simply don’t know how to handle a suicide or how to react in the given moment. That’s completely understandable given that nobody is trained to cope with such sudden and traumatic experience, except the professionals. This is one of the strongest reasons why should you always think about hiring a professional cleanup crew rather than doing the cleaning yourself.

Here are some of the important things to keep in the back of your mind in case you have to deal with the result of suicide:

Many people aren’t aware of this, and it’s absolutely justified because most of us have seen the police deal with these situations in the movies or in books. However, the reality is somewhat different, meaning the police are not responsible for the cleanup of the scene, and more importantly – they will usually leave it to the family of the deceased to deal with the result. While the morality behind this principle is debatable, the rules are pretty simple – don’t count on the police.

The police will usually go as far as to recommend a cleanup company, and that’s about it. So, if you ever find yourself in a similar situation, be sure to hire a reputable company that has at least a couple of years of experience in the industry rather than just hiring the first one you stumble upon. It may be hard to deal with the logistics because of the psychological trauma you’re going through in those particular moments, but rest assured it’s always a good idea to be prepared as opposed to solving issues as they emerge.

Professional cleanup can sometimes be a costly endeavor, but once you wage the pros and cons, it’s definitely a better solution in comparison to DIY ideas. Firstly, professional crews use special chemicals and cleaning solutions that are often not available in regular stores. On top of that, a cleanup crew is comprised of trained individuals who know exactly how to handle the situation and what to do at any given moment. Lastly, they are not related to the victim, so it’s somewhat easier for them to handle things as it’s their job, after all.

With that being said, you could, in theory, take it upon yourself and clean up the scene, but that’s something we would strongly advise against.

Sometimes, suicide is just a consequence of people’s inability to cope with long-term illnesses or mental health issues. In these cases, the whole house or apartment is considered to be a biohazard site and is treated accordingly. Whether it’s hoarding or general neglect, it’s always a good idea to leave it to professionals.

Psychological Effects of Suicide on Family

Suicide affects everyone, not just the victim. Whether it’s their family, significant other, friends, neighbors, or colleagues – rest assured that they will feel the impact of these unfortunate events.

Since this is such a tragic and traumatic moment in one’s life, it’s not unusual to see long-term consequences on one’s psyche after they had to deal with the passing of a loved one. In fact, in some cases, people who have had to deal with suicide result may start contemplating suicide themselves, especially if they’ve lost a child or spouse. This is, of course, not to be taken lightly, and if you ever notice a sudden change in the behavior of a person who is close to you or the victim, don’t hesitate to talk about the lingering problems or at least try to recognize and identify peculiar signs that may turn into red flags sooner than you think.

If you ever find yourself in this situation, talk to your friends and people who are close to you, and let them know what’s bothering you. In case you’re not willing to share such information with people around you, there is always the option of seeking professional help. The doctor-patient relationship allows you to open up fully and talk about anything that may be bothering you without the fear of being ridiculed and exposed to psychological bullying. On top of that, a trained medical professional will always have a piece of better and more constructive advice than most of your friends.

Professional therapists can help you in many ways, including:

You should always seek professional help, especially if you experience some of the following:

All of these symptoms should be dealt with in their infancy because it becomes increasingly harder to mitigate the psychological impact of suicide as the symptoms progress. Therefore, if you or your loved one starts experiencing any of the aforementioned symptoms, the best course of action is to seek help immediately. It’s really important to understand how suicide affects others so that you can help and intervene when others start having trouble with coping.

How To Help Suicidal Friends

One of the most important things about suicide is that it’s usually preventable. However, you have to know how to approach such a delicate problem, or else you may even cause more harm than good.

Here are a couple of things you should keep in mind if you happen to recognize suicidal tendencies in your friends:

Since recognizing one’s suicidal tendencies is quite alarming, it’s probably the best idea to stay close to them. You should never take it upon yourself to prevent someone from committing suicide, but that doesn’t mean you should stand on the side and watch. The reason why you should never act like a superhero is that if they ultimately do commit suicide, you will end up blaming yourself for their death. As you can imagine, it’s something you won’t be able to shake off for the rest of your life, and more importantly – you too could develop suicidal tendencies after that. It’s a vicious circle that’s hard to conquer, but the secret is to find a nice equilibrium between helping and keeping your distance.

Many people’s first impulse is to offer vague and hollow reassurances. Things like “you will be better,” “cheer up,” and “shake it off” are a huge No-No and should be avoided at all costs. If you’re looking to help your friend or loved one, be sure to take a strategic approach and think twice about the things you’re about to say. Words can have a much more significant impact on one’s mental state than you can imagine, and because of that, you should pay special attention to what needs to be said and what you want to say.

Would you be eager to offer an explanation for your suicidal thoughts, or for a failed attempt at suicide? The answer is – no, you probably would not. The same goes for your friends and loved ones. If you have a friend who is a survivor or is planning to attempt suicide, the last thing you want to do is ask for explanations and reasons behind their intentions. Instead, choose a more pragmatic approach and try having a constructive conversation with your friend instead of pressuring them to offer you some kind of an explanation.

Like most things in life, suicide prevention is a process that requires a lot of dedication and time. It’s not a one-time thing that can be permanently solved with a conversation or two, but rather a long process of conquering issues, fears, and challenges.

Sometimes, it can take years to help suicidal individuals, and that’s why it’s important that you stay consistent and adamant.

It’s no secret that suicide is one of the hardest things to deal with. No matter how experienced you are in similar situations, it’s always going to leave a heavy toll on you. In case you ever find yourself in the middle of such an unfortunate event, we strongly recommend that you hire a crew of trained professionals and let them deal with the result. Doing it yourself will only prolong the pain, and in some cases, even leave permanent consequences on your mental and physical health.

If you are in need of cleanup after a suicide in your home, the caring team at Spaulding Decon is available to assist you in this time of need. We work with you- or your designated person of contact, and your insurance company to make everything as seamless as possible during your time of need. Please contact us today by reaching out to your nearest Spaulding Decon location. 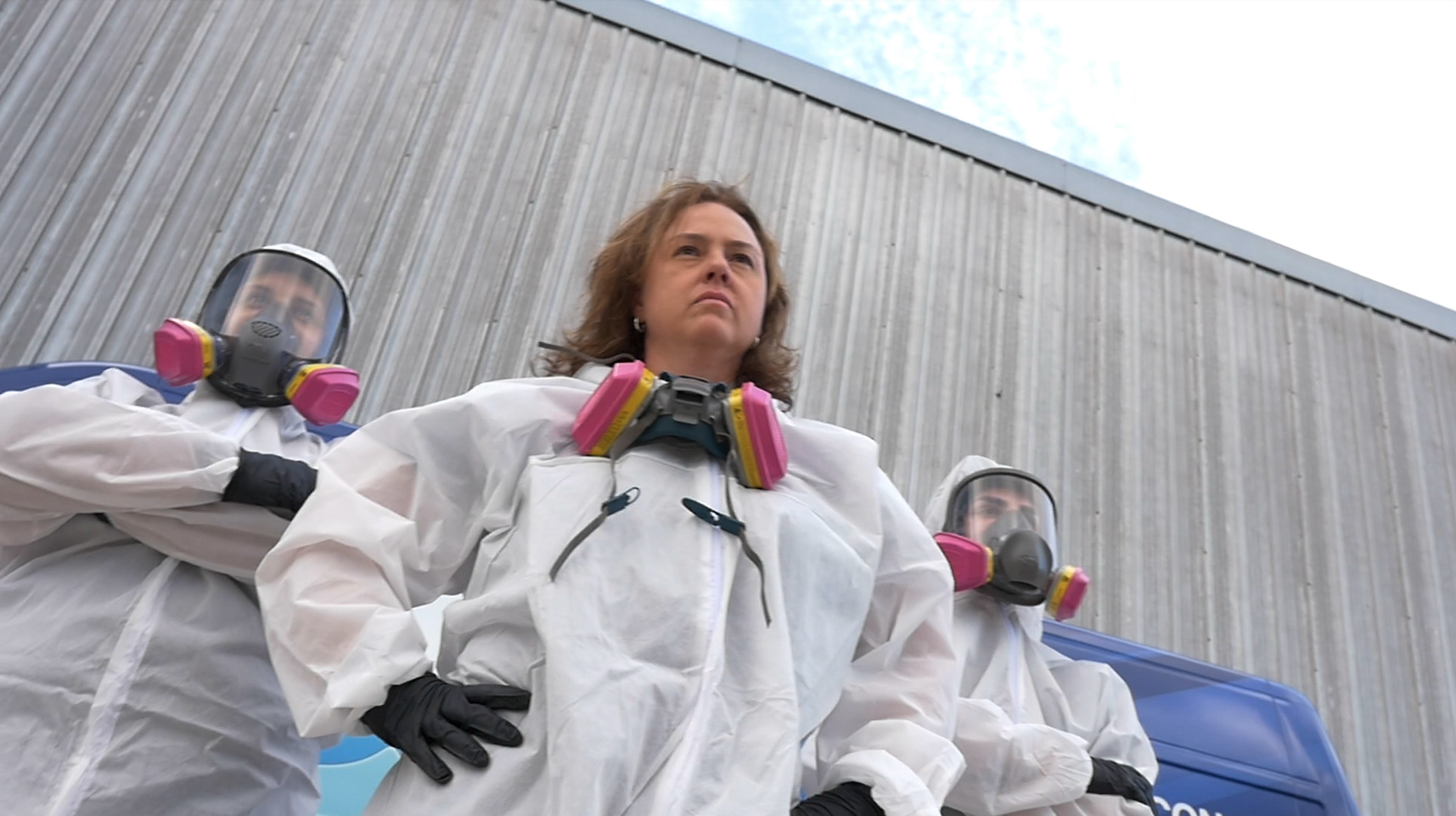 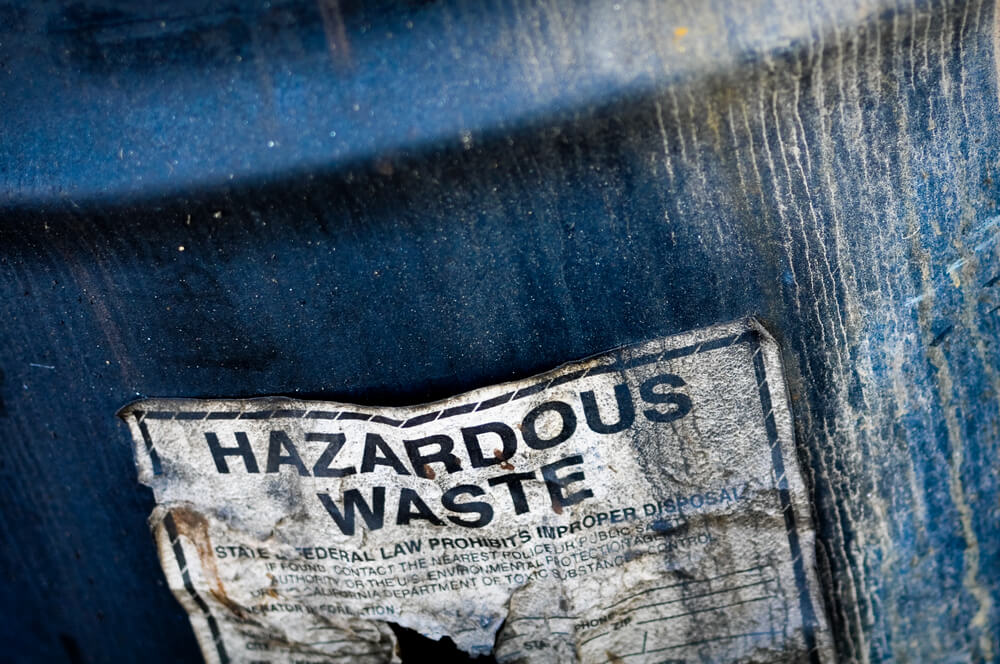 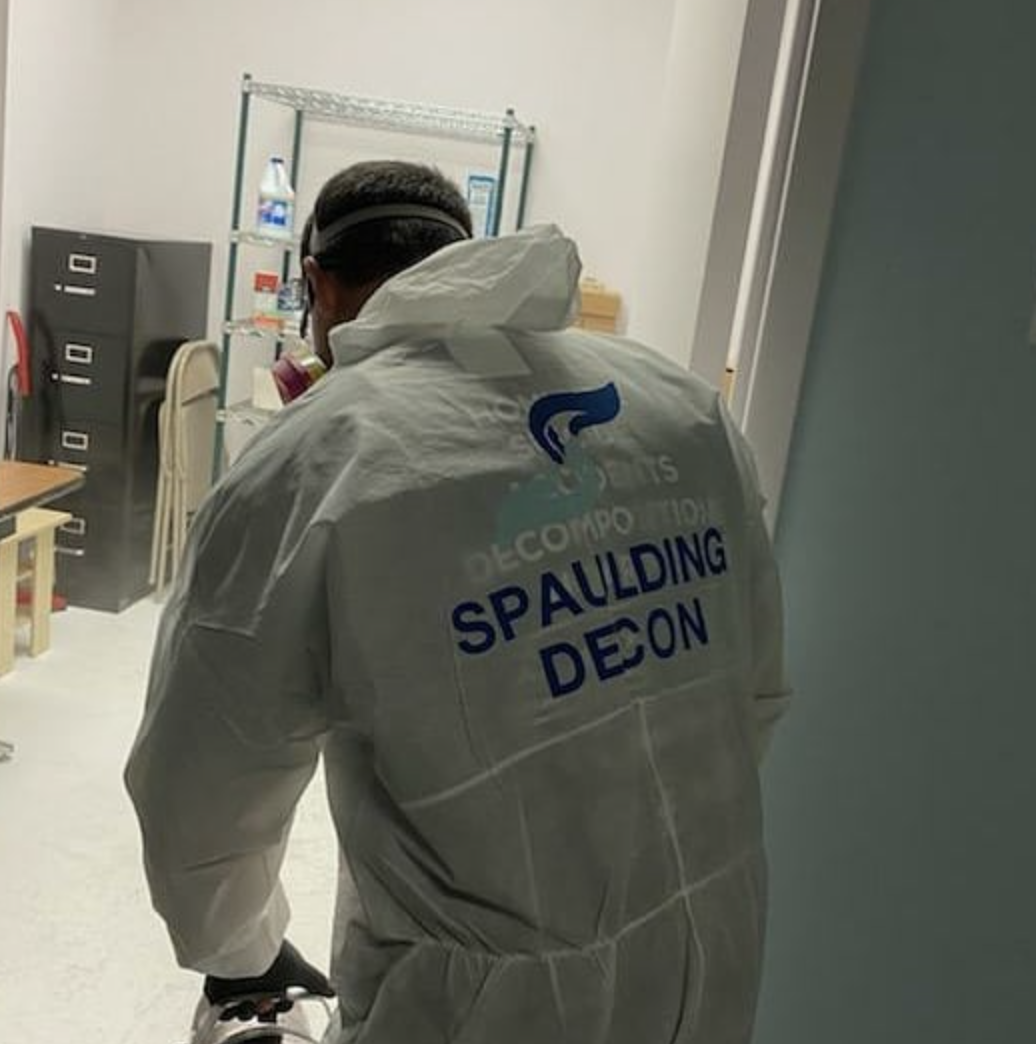