How to Help a Hoarder Who Doesn’t Want Any Help? 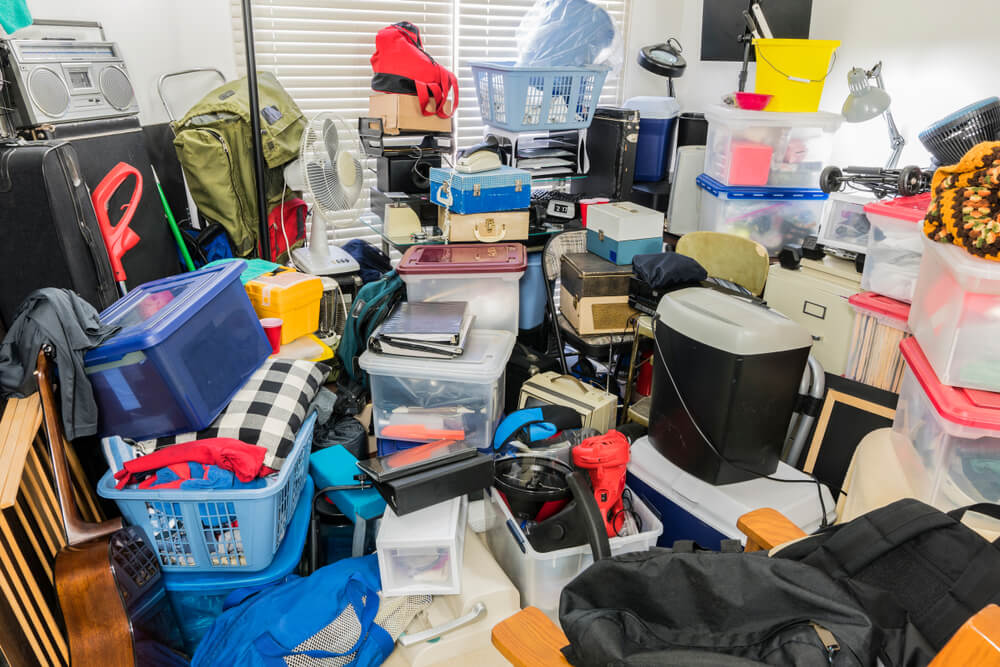 Hoarding disorders require help from those nearest them

Many people take hoarding lightly, even though it’s a very serious disorder. Like most other things, hoarding starts slowly, and most people who suffer from this disorder aren’t even aware of it until it’s too late. However, people who compulsively acquire new objects are sometimes aware of it but refuse to acknowledge and deal with it.

If you’re wondering how to help a hoarder or are perhaps struggling to deal with a hoarder in your family, take a moment to check out some of the points we’ve made in this article. While it’s far from being a collection of rules, it’s designed to help and offer you a better insight into the mindset of people who are hoarders.

What is a Hoarding Disorder?

Before we dive deeper into the matter, it’s important to get familiar with the condition itself so that we can understand the concept and make the battle against it a bit easier.

According to the Mayo Clinic,

“Hoarding disorder is a persistent difficulty discarding or parting with possessions because of a perceived need to save them. A person with a hoarding disorder experiences distress at the thought of getting rid of the items. Excessive accumulation of items, regardless of actual value, occurs.”

As you can tell, hoarding has nothing to do with the value of the items that are being accumulated, nor does it have anything to do with collectibles. The difference between hoarding and collecting is pretty simple – hoarders seldom seek to display their possessions, while in collecting, people proudly display their belongings and keep them organized.

How To Help a Hoarder Who Doesn’t Want Help?

The first thing you should remember if you’re looking to help a person in need is to avoid forcing them to do anything. Nothing good ever comes from forcing one to change their habits, and that’s why this is a process rather than being an intervention.

One of the best things you can do is — listen, even though it doesn’t seem effective at first glance. Many hoarders struggle to articulate the reasoning behind their behavior, and more importantly – most of them are quite embarrassed to admit that they have a problem.

Being a good listener allows you to help them open up about the issues that have been troubling them for a long time. Instead of acting like a psychologist and offering a bunch of quick solutions, you should listen carefully and ask questions that might help streamline the process of getting rid of this horrible addiction.

Try to get to the bottom of the problem by circling around with important questions, and you will, sooner or later, find success.

There is nothing embarrassing in admitting you have a problem and asking for help. In fact, it might be one of the only effective ways to deal with this problem, especially if it’s particularly severe.

If you’re looking for the answer to the question of how to get help for a hoarder, scheduling an appointment with a professional would be an excellent start. However, not all people are eager to share their predicaments with another person (even if that other person is a licensed professional), so be sure to bring this up gradually rather than insisting on it.

Even though you’re looking to help your friend or family member, one thing you should NOT do is take it on yourself and cleanup for them. Individuals who are struggling with hoarding disorder should make a conscious and independent decision to better themselves. While it’s good and recommended for you to intervene as a friend, cleaning things up for and instead of your friend is definitely a bad idea.

In some severe cases, hoarders accumulate so many things that it fills up the whole house. Even if you manage to persuade them to stop hoarding, something has to be done about the already hoarded items or else your endeavors are in vain.

There is no easy way around this. You will have to volunteer to help your friend or loved one sort their things out, get rid of worthless items, and more importantly – prevent them from doing it all over again.

As we’ve mentioned, hoarding is no laughing matter. Even though some people might think they are familiar with this particular disorder, it’s often not the case. In fact, helping your friend the way you are not supposed to is always going to cause more harm than good. That’s why it is important that you inform and educate yourself about this condition and take the right steps rather than doing what you think is right and (seemingly) helpful.

Very rarely will you manage to “cure” your friend in one go. As we’ve mentioned, going through hoarding rehabilitation is more of a process rather than being an intervention, and that’s why it’s important to take things slowly and celebrate small victories. Don’t hesitate to commend an improvement because that’s one of the most effective ways to motivate your friend to keep pushing even further. It will definitely take a lot of time before you see a massive improvement, but small steps are what counts here.

How To Deal With a Hoarder in the Family?

Even though there is not much difference between dealing with friends and family members, there are a couple of things you should keep in mind.

Firstly, you should acknowledge that the person has a right to make their own decisions. This shows a healthy amount of respect as well as affection. Team up with them and ask them about their issues; family members tend to have a stronger bond in comparison to friendships. Therefore, it’s always a good idea to sit down with your brother, mother, father, or anyone who needs help and just talk to them. Naturally, you should avoid being judgmental as that will only worsen the situation.

Also, never toss anything out without permission. Even if you think a particular item is worthless, obsolete, or simply doesn’t belong somewhere, you don’t have the right to throw something out that isn’t yours.

What are the Negative Effects of Hoarding?

While most people are aware of the obvious downsides of compulsive hoarding, there are some things that aren’t as apparent. Here are a couple of alarming downsides of hoarding:

Severe clutter is not only visually unappealing, but it’s also a serious health hazard. On top of that, it can also be a structural and fire hazard, depending on the severity of the case.

Many hoarders simply forget about 90% of things they have underneath the first few layers of clutter. This can be extremely dangerous because a single pack of white-phosphorous matches can self-ignite and cause a catastrophe, even though they have been buried under a pile of worthless stuff for decades.

No matter how affectionate and tolerant you are, there will come a time when you’ve just had enough of it. This is a serious issue, and it has affected numerous families and tore them apart. That’s why it’s important to act promptly and help your friend or family member as soon as you notice something is off (a room full of worthless and disorganized stuff is a rather obvious clue).

It goes without saying that most landlords won’t tolerate any level of hoarding, let alone the severe cases. Consequently, your friend will end up on the street sooner or later, and more importantly – this can lead to hospitalization and homelessness, both of which are alarming, to say the least.

Look for Ways to Help Them

Instead of looking at how to deal with a hoarder, you should instead look for ways to help them. We have covered a few methods and ways you can use in order to help your friend or family member, but rest assured there are plenty of other options out there.

The essential thing you should remember is to stay calm, collected, and most importantly – tolerant. You will, most certainly, have to go through a lot of tough moments, but in the end, all that counts is the level of success. With that being said, don’t be afraid of failure because you’ll very rarely manage to help your loved one right from the get-go.

If you would like to know more about disorders, hoarding cleanup procedures, and similar subjects, don’t hesitate to read our other articles! They are a great resource for anyone who’s looking to solve a particular predicament but isn’t sure how. 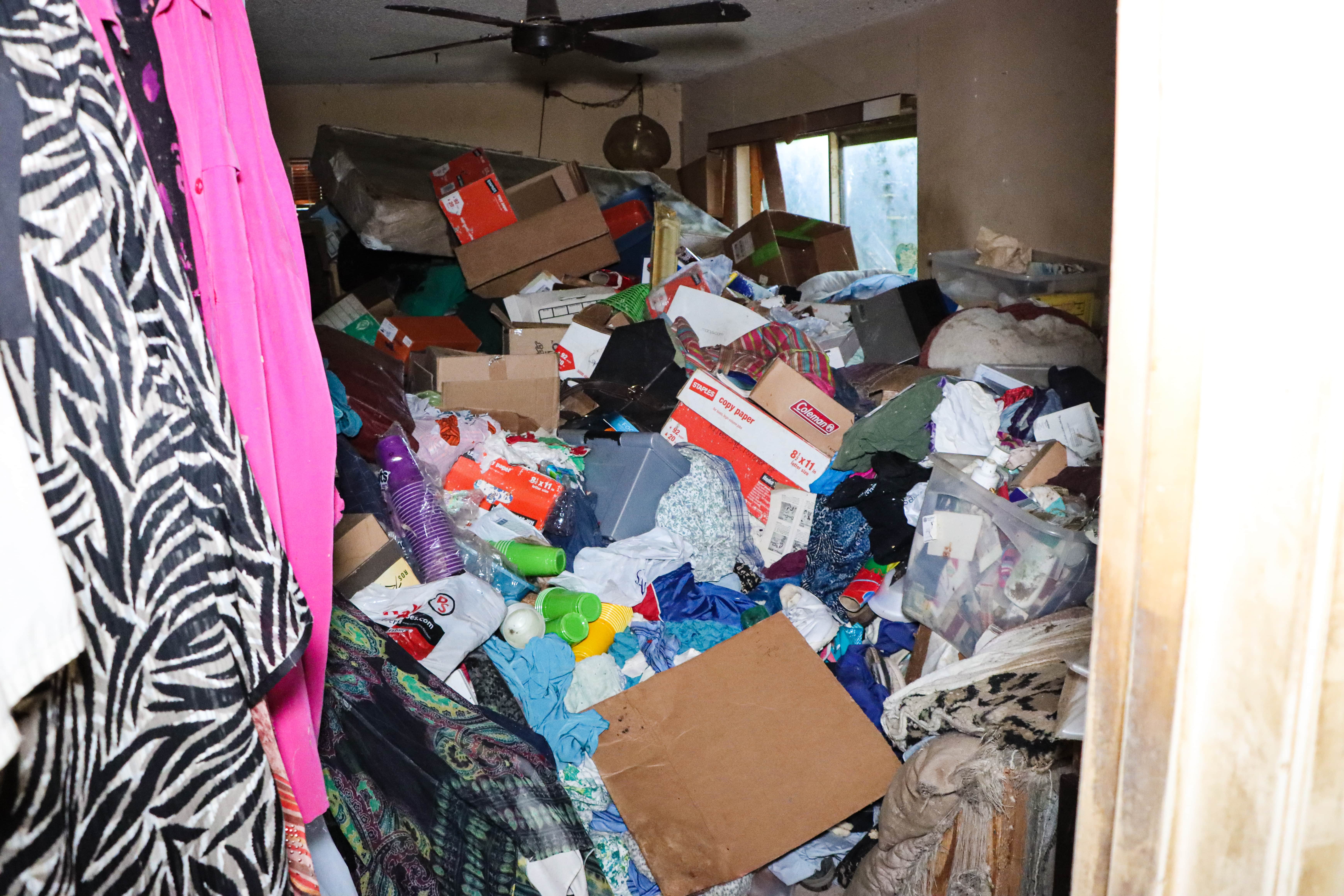 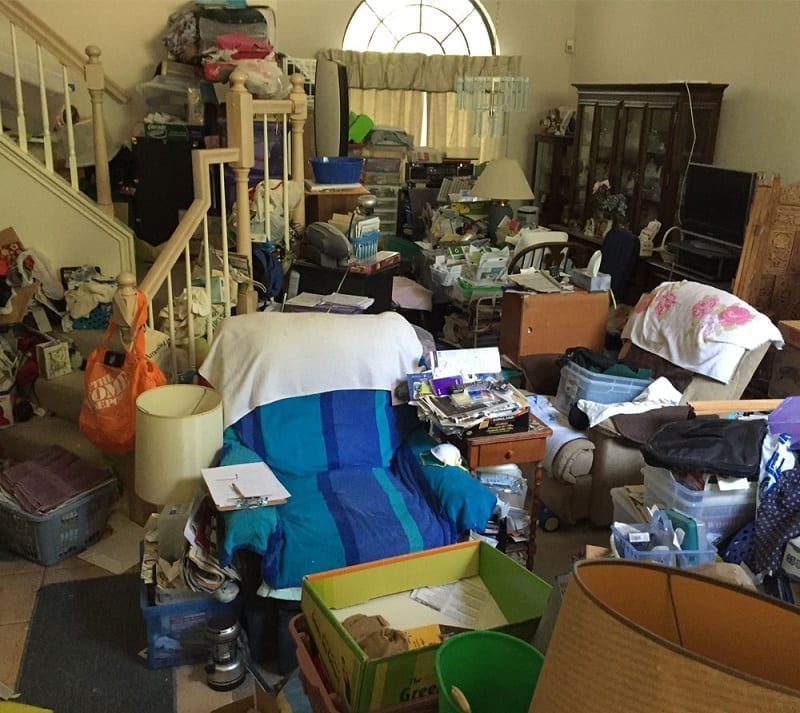 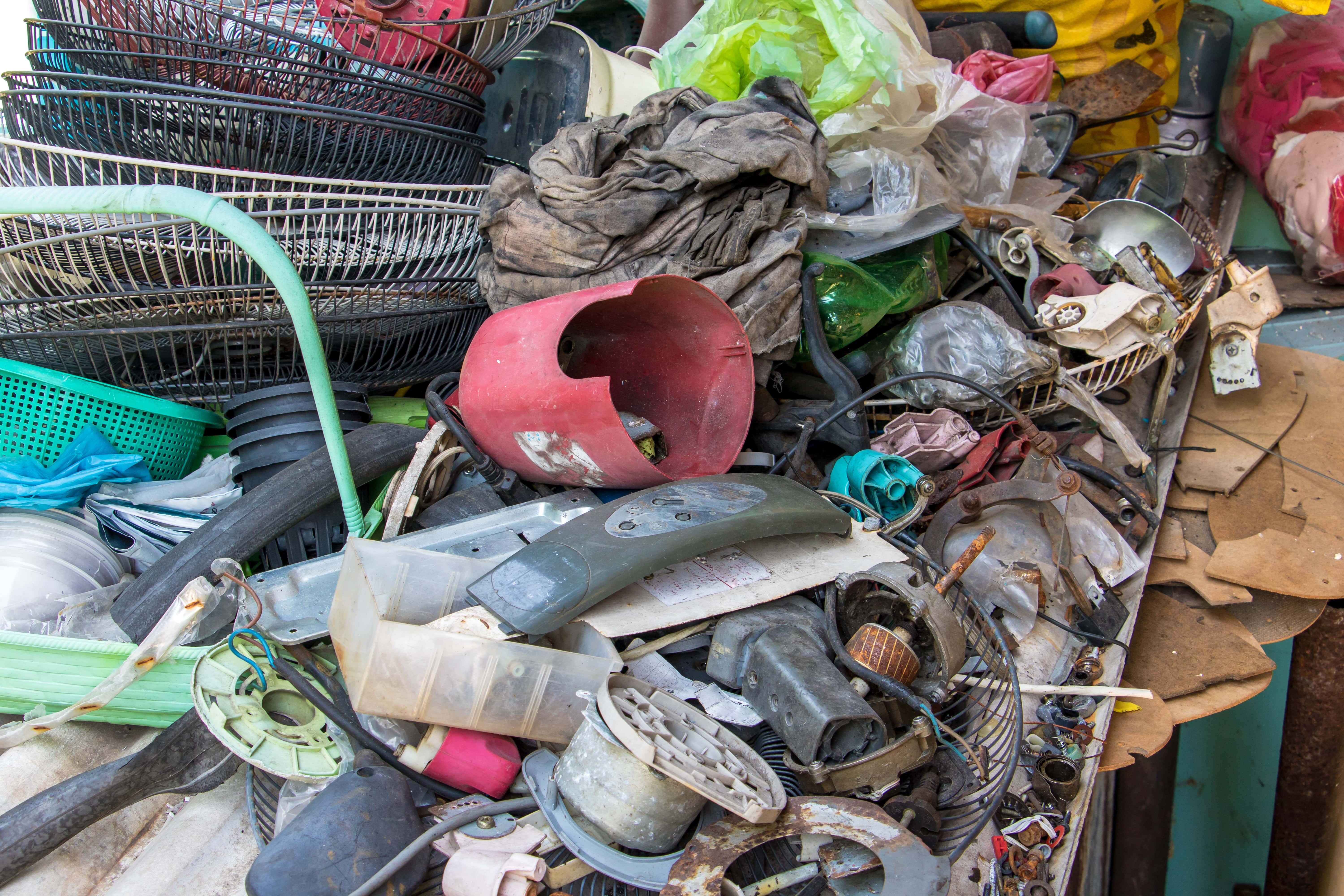